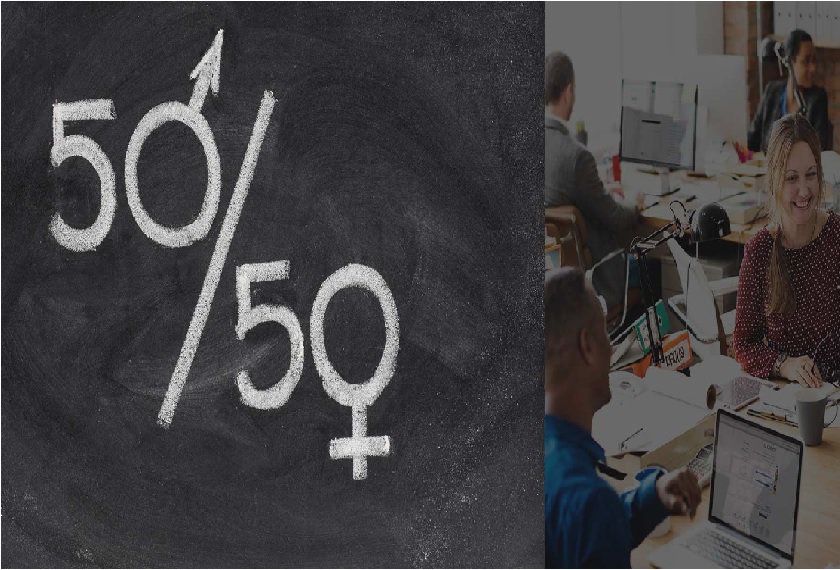 Gender Equality in ITSM: The Stats

Last year, in preparation for a Gender Equality in ITSM event, SDI ran a survey which asked respondents a series of questions relating to their current working environment, previous experiences, and their future outlook in relation to gender equality in the tech industry. In the run up to International Women’s Day 2019 we’re sharing some further analysis we’ve done on the data from this survey.

What percentage of your workplace or team is women? 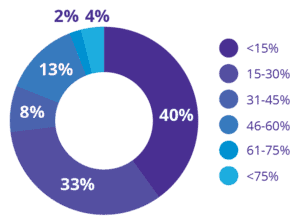 Nearly three quarters of respondents highlighted that their team or workplace is 30% women or less, with over half of them specifying that less than 15% are women. Ideally, we’d want to see the majority, if not all around 50%, however only 13% of respondents identified their service desk was between 46-60% women. On the other end of the scale, 6% of respondents highlighted that that 61% or more of their team or workplace are women. The data shows that most ITSM teams are probably going to be male-dominated, however research has shown that diverse teams consistently outperform less-diverse teams with only high-performing members.[1]

Have you ever seen or experienced a gender bias in the workplace? 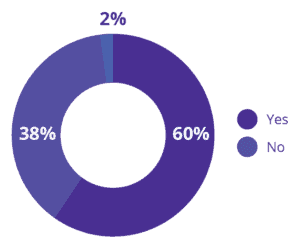 A significant number of respondents answered that they had experienced gender bias in their workplace, with a further 2% saying it had been reported to them. I think it’s important to point this 2% out, because typically people who aren’t disadvantaged by a gender bias won’t necessarily be aware that it’s happening and in some cases they may be unconsciously contributing to it. A lot of women are put off reporting issues for fear of being seen negatively or not being taken seriously, but unless we point out where our organisations are failing us and make others aware of what to look out for or consider, we can’t move forward or begin to chip away at the unconscious bias that can hinder women’s progress in their tech careers.

Do you feel like your current manager or workplace makes an effort to provide equal opportunities to both men and women? 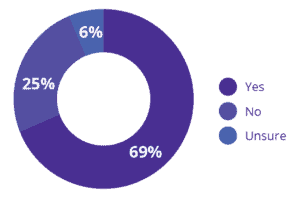 Nearly 70% of respondents said that their current manager or workplace makes an effort to provide equal opportunities to both men and women. That’s quite a good proportion. Considering the general consensus for women in tech is that there is usually a gender bias in favour of men, it’s quite promising to see that a majority of respondents are seeing their employers making an effort to provide equal support for men and women. This could signal a positive shift in the making.

What do you think are the main barriers experienced by women in tech?

81% of respondents believe that one of the main barriers for women in tech is the perception that the Technology industry is male-dominated, which, as we’ve seen, it is, and this can be intimidating for a lot of women. It is also a self-fulfilling prophecy, since the perception itself discourages those who might otherwise have contributed to changing it, and so the belief-fact cycle is perpetuated – not an easy chain to break. 56% specified they believe that a lack of female role models in the industry, which could also be a factor for a lack of girls being inspired to take STEM subjects in further or higher education. Just over half of respondents highlighted that work/life balance could be a barrier for women in tech. Women with children are more likely to struggle with a work life balance because they have to consider childcare, and a Reuters study found nearly 3 quarters of women don’t feel like they can start a family without damaging their career.[2] 44% and 40% respectively said that they feel gender bias and unequal pay are main barriers.

Finally, we asked respondents about the future, and specifically which of the following statements they agreed with.

Over 50% said they agree that the future will see more women encouraged to join a tech career, and 27% that the industry will become more equal in many aspects. Nearly 24% agree that the future will present new challenges for women in tech, and it would be quite interesting to see what these challenges would be and how women will tackle them. Finally, I’m very happy to see that no respondents said they think the future will not change for women in tech. It’s quite promising to see that such a large proportion of respondents are optimistic about the future. We could reasonably hope that this becomes a more positive kind of chain reaction where the belief helps to create the reality.

I’m very proud to be a woman in this industry and excited to see all the amazing things that men and women are doing to progress equality and diversity, whilst supporting each other and celebrating our accomplishments.