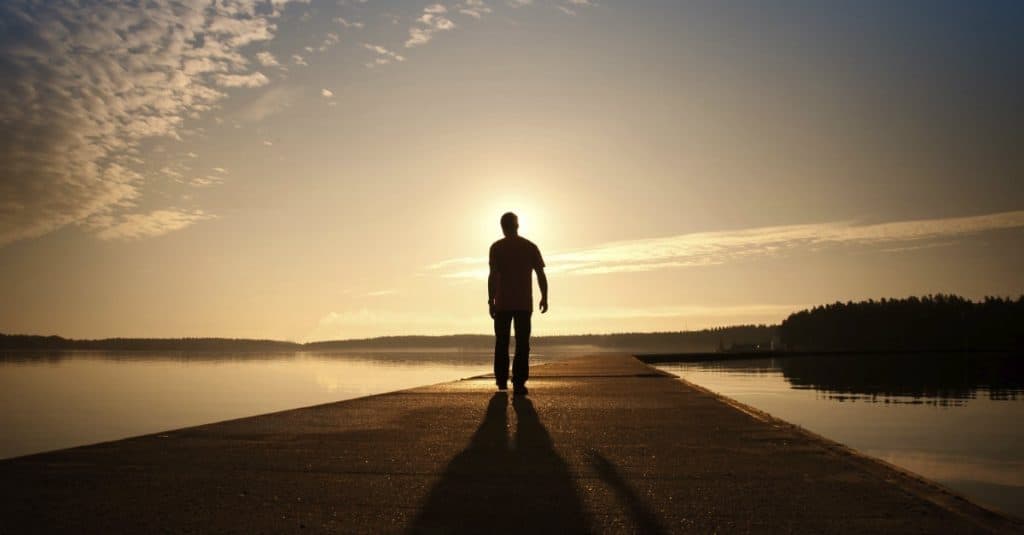 It has almost been a year since I made the biggest career change in my life.

I’ve always had a reputation of being a jolly, sociable person, able to establish effective relationships, and generally quite fun to be around. Yet, I didn’t feel like any of those things at all. I’ve always been someone that wears their heart on their sleeve, my moods are apparent and evident in my body language. I would find myself in situations of confrontation, antagonising colleagues, where I would usually be diplomatic. I found myself developing an attitude based on resentment where I would usually be very positive. I found myself struggling to deliver the corporate message, where I would usually be motivated to motivate. This was just how my behaviour was changing within the work place.

I’ve got a young family. A wife and a five year old son. They are my absolute world. I would often find myself sitting at home watching TV with my wife, after putting my son to bed, but not actually watching the TV or taking anything else in. I’d be thinking about whatever had gone on that day at work, whatever was likely to come tomorrow, whether my phone was just about to ring from a colleague seeking advice, or another manager seeking escalation. This was a regular occurrence and it didn’t really matter whether it was the evening, the weekend or if I was on holiday. It didn’t matter if I switched my phone off or turned off email sync. I couldn’t shake the worry, the concern, the anxiety.

This started to affect my personal relationships outside of work after a short while, I’d be grumpy at home, car journeys would be silent, meal choices would be poor, you get the idea.

All of this was making me miserable and the worst part was that I was aware it was happening. It wasn’t something that just changed overnight, this was a slow and gradual decline over several months. The most frustrating part was that I was not aware of what was causing me to feel like this. Why wasn’t I happy? I have a beautiful, lovely and supportive wife. I have a gorgeous son who is the light of my life, I had carved a great career path. I had every *thing* I wanted.  Well, almost everything. I wasn’t happy and I couldn’t put my finger on why. My wife urged me to go and see a Doctor.

In September 2017 I had some back-pain problems that resulted in quite the concoction of medication. I remember that while taking the medication, I felt amazing. The prescribed drugs had cleared my mind and given me a boost. With that recollection, I took myself to see my GP and explained my moods, looking for a quick fix I asked for some Diazepam to help return me to a clear state of mind. My GP was understandably reluctant and instead referred me to make an appointment with North Kent Mind. I was a little sceptical about talking to someone about what was going on as a means to a solution, I just wanted an instant fix.

I thought Mind would take ages to arrange something, but after an initial chat on the phone, I had my first session about 2 weeks after initially reaching out. I reluctantly went along to the first session, with low expectations. I was sceptical about how talking about the way I was feeling could make a difference. My responses were cynical and my attitude negative. Over the course of the next few weeks, I had 6 one-hour sessions in total. We covered pretty much everything to do with my emotions and used cognitive behavioural therapy (CBT) to help manage my thought patterns. I was beginning to discover that there was a recurring theme across these sessions. The inability to relax, being unable to switch off, unable to focus on things that really mattered outside of the workplace, unable to have fun, all these things could be linked back to my day job. I’m not sure if it was because I couldn’t make the link before or if I just didn’t want to make the link due to being too proud, but the realisation was a little tough to take. How do I approach this? How do I tackle this? How can I fix it? Would the organisation support me? Would my colleagues support me? I’ve been guilty of the odd eye-roll or two myself if a team member happened to be signed off due to stress related symptoms. Work related stress is a made-up thing, right? How would I be perceived now? Am I weak?

I decided that I would arrange a meeting with my boss and try to put in to words what is going on. I don’t think I did the conversation justice. If I could do it again, I would have had the way I’m feeling as being the only item on the agenda. As it was, it was part of a bigger conversation about general operational stuff. Still, part of my strategy was, rather than presenting a problem (my emotions) I wanted to present possible solutions too. My suggested solutions included sharing some responsibilities which allowed me to switch off my phone (most) evenings (by way of a rota), empowering other managers/supervisors in my team, and freeing up time to work on more service improvement strategies. It was agreed that we’d start to enact my suggestions. Over the next few weeks nothing changed. Infact, I remember at one point I had switched off my phone to go to the cinema with my wife. After the film had finished and my phone was switched back on, I had several missed calls, including a passive aggressive voicemail challenging my unavailability from the very person who I’d recently just discussed my wellbeing with.

It reached a peak when I was in the office on a normal day and found myself arguing with a colleague about a trivial matter. After the argument concluded, fighting back tears of anger and exhaustion, and having no doubt exacerbated the situation, I’d had enough. It was in that moment that I decided something had to change and it had to change now. I called my wife, who at this point was as supportive as ever and understood the situation chorus and verse, to ask if we’d be okay if I resigned. With the confidence and belief from my wife that I’d be able to find something else, and the sheer desire to remove myself from the source of negativity, that was that. I sent my letter of resignation and went home. My resignation was accepted and I was asked not to come back to the office for a couple of days. There was a meeting on neutral ground and I was put on garden leave.

When I got home, it was like the weight of the world had just been lifted from my shoulders. I can’t really describe the relief I felt beyond that, but it was quite something. Since then, I have had a couple of positions but believe I have found my calling in providing guidance, advice, assistance and experience to a wide community of service management professionals. My work life balance is now much better suited to me and I will never underestimate that again. I lead a happier life at work and at home and find myself more motivated to take on new challenges and push myself outside of the comfort zone. I made the right choice and I couldn’t have done it without the support of my wife and the assistance of North Kent Mind in helping me realise the source of the issue.

The aim and intent of this article is to share my experience with the hope that, if it resonates with anyone in a similar position, it may help. If you’re reading this and struggling with your wellbeing, you may not need to take the drastic action that I did. If I had afforded the organisation, I worked for more of an opportunity to be supportive, I do believe they would have been. However, I was already at such a low point by the time I realised that something needed to change, it was too late.

Equally as important is recognising change in behaviours of those around you, being able to have supportive conversations. As a direct result of my experiences with wellbeing, I am now a big advocate of organisations doing more to support the mental health and emotional wellbeing of employees. Some examples of how organisations could do more include; awareness and training that forms part of the induction and on-boarding program. Organisations could arrange for regular training sessions to aid recognising signs of adverse wellbeing. I’m also aware of mature organisations having designated Mental Health First Aiders among their workforce.

People do feel free to get in touch if you would like to discuss anything I have written about in more detail. You can reach me on LinkedIn or Twitter.