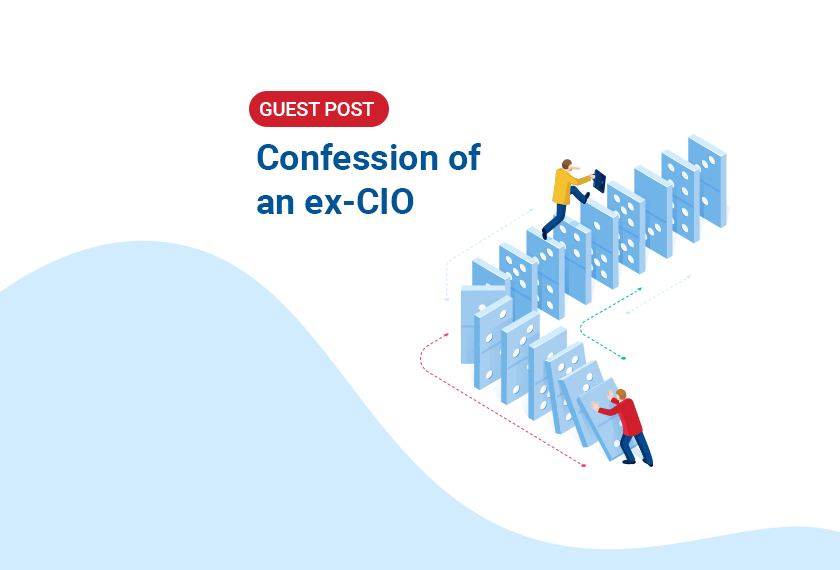 After forty years in IT, I learned I had caused anxiety and distress after a candid discussion with a service desk analyst. I was the CIO, depicted as someone who did not know the truth about what was happening or the impact of my dictates.

I confess that he was right! Now retired from work, I want to concentrate on helping other senior individuals decrease the stress levels caused by their actions and reactions.

Information Technology has only one goal: to deliver information or perform activities better, faster, and safer.

Therefore, the mandate of IT leadership does not include the following:

Look at the iceberg image below, and consider that the higher up you go, you know less and make more. I am not advocating that everyone should have a senior management salary.
Still, I do find it strange that the people that know the truth are typically the first we replace with a shiny new tool like chatbots or forced to perform strange rituals as they attempt to resolve an issue. 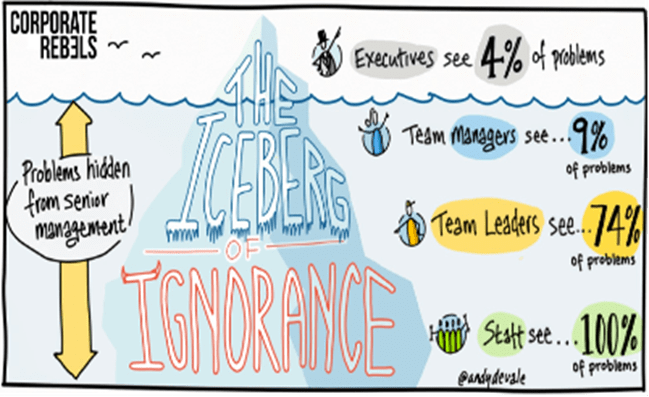 Some stories – do they sound familiar?

We were going to adopt ITIL. We sent all of IT that were not developers to courses, ignoring that developers were part of every process from incident to business continuity.
Later we adopted DevOps. I am 100% OPS and coded as an operator and security analyst.

Why did I then send mainly developers to DevOps courses and conferences?

KPIs/OKRs were created by two separate teams with two different goals. Team One had to keep services running and ensure compliance, while Team Two introduced new features and changes to ensure competitiveness.
In both cases, I confess that the metrics used were those given by management in our effort to try and discover what was wrong as early as possible. The result was distress as teams felt they were in danger of being fired or losing opportunities to work on the fun programmes if they missed a metric.

Candour – The Practice of Giving Feedback and NOT getting Fired

What follows is part fable, and I bet you cannot guess what truth or extra is.

I was coaching a financial services CIO who had lost the respect of his staff and peers. He wanted to use my experience in lean and DevOps to improve his actions and reactions while changing the culture of his realm. One strange fact was that most of his staff did not recognise him when he walked the halls, even though he had led them for years.

I began his learning at the Service Desk, a place he rarely visited, and I wanted him to spend at least five hours a week listening and observing. The first time we went, we found a room of 25 people with their backs to the door, all in their cubicles.
The Service Desk Manager was facing them and paled as she saw the CIO.
The CIO noticed a man in the corner near the door filling boxes with security tokens after placing each in an envelope with an employee’s name.

The CIO enquired why he was doing this, and as the employee did not know, the CIO responded as follows:
‘The CIO does not trust any employee outside the main building, so all other employees must use tokens to access their work. They lose them, so I send out about 500 to staff all over our bank every month. A silly and costly policy!’

The Service Desk Manager began to apologise, and I began to giggle. The CIO went beet red, then, looking at me, calmed himself and did a fantastic thing. He picked up the boxes and threw them in the trash.
The CIO confessed, “I am the CIO and the idiot that told you to do this. Stop and go do something of value.”

The CIO then cancelled the rest of his weekly meetings so we could find and stop other nonsensical dictates. He had so much fun in the central bank building; he went on a tour of branches and even visited service providers. Using a trick from The Phoenix Project book, he constantly asked these three questions to whomever he met:

He improved his observation skills to find habits that needed to be stopped or to consider ways of better-using bank technology. He called a senior staff meeting two weeks later and added the Service Desk manager and as much of the team that could come without impacting calls for a couple of hours.

He explained his discoveries but did not comment on how to improve issues. He wanted their opinion, and he wanted them to feel empowered.

They had never been empowered. They had never been asked for their opinion, nor had they been given clear guidelines on what they could do, could not do yet or how to escalate. The CIO had placed his discoveries on post-it notes around a large conference room.

He said, “I am leaving now but for the next two hours, place your thoughts under each note on what we should do to improve the situation.”

When he returned, some of the post-its had not yet been explored, which he said was fine. The CIO told them they would take each idea for the next month and experiment with making IT better and safer for use and maintenance.

He wanted them to describe high-level what the experiment would comprise, what they hoped to achieve, how they would know (a metric), and what impact they hoped would be derived by staff or customers.

He gave them two days and then said you now have a month to test your thoughts.
He told them that if they felt something was wrong or were not ready or needed help, they had to come to management and candidly explain the situation. It might be a lack of skills, tools, or other tasks they were obligated to perform or stress caused by the new behaviours.

He openly coached his managers to work and act differently to ensure people felt comfortable, as he wanted them to give candid feedback upwards!

The Service Desk tracked success based on satisfaction and the number of incidents caused. No blame was attributed to a missed metric or issue. The CIO wanted to create an environment of safe innovation, collaboration, and rapid feedback.

The CIO wanted metrics and behaviours to help IT staff know their contribution to the bank’s success.

The first two weeks were rough. The CIO constantly asked everyone how they felt about this exercise. The CIO coached his management team on how to ask questions, receive feedback, remove obstacles, and learn the truth by visiting the Service Desk.

The result was startling! The post-it note room became a place of discovery, and eight years later, it is filled with Miro boards and excited staff and internal users.
They have created new services and improved the technology in use across the organisation better, faster, and safer than ever before. Every three months, they ask the Phoenix project questions to department heads to ensure that IT is ready for what the bank wants to do next.

The CIO now coaches these behaviours across the bank:

Treasure your Service Desk. The Service Desk knows the reality of services and what users and customers are experiencing. Learn from them to help coach others on how to best benefit from IT.

If you walk around, remember to introduce what Harvard Business School professor Amy Edmondson calls “psychological safety.” Leadership needs to create an environment where people are encouraged to innovate, state their beliefs candidly and respectfully, take agreed risks, and ask for assistance when they get stuck.
Safety promotes innovation and collaboration!

Confess when you get it wrong and show that you have learned! Don’t forget to celebrate effort as well as success! Remember that your actions and reactions will help create a new culture.

I hope you blog and speak about your journey via the SDI or itSMFUK.

If you have a confession to make or want to share your success story or experience working in the IT or ITSM industry, please get in touch with us at [email protected]. We’d love to share your story and help you connect with the SDI community! 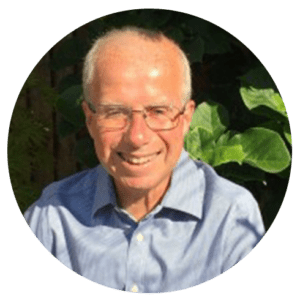 Daniel Breston has been in IT for over 50 years. Now retired, he blogs and speaks about well-being in IT and is on the board of itSMFUK. 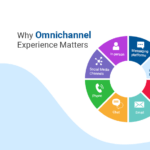 Omnichannel: How to Use it To Deliver Outstanding Customer Experience 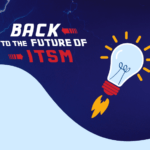 Back To the Future of ITSM – What We Have Learned? 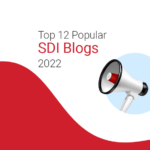